The Power Of Passive Income

May 2, 2015How To Make Money With Info-Product Marketing, The Latest

“I’ve been rich and I’ve been poor… and I like rich better!”

I’m going to modify that phrase a bit today…

(In fact, I LOVE passive income because of the freedom it creates)

There is NO SUBSTITUTE for having a passive income.

Here’s the amazing, powerful and almost magical thing about passive income on the Internet.

Making a passive income online is getting easier each year.

This is because the internet is making it easy to aggregate customers and traffic in one place.

Here are a few examples:

Everyone knows that Amazon and eBay are the clear leaders in ecommerce, with hundreds of millions of members. As the leaders, they are aggregators for mass amounts of traffic – traffic that it would cost you and I a fortune to try to generate on our own.

Now, when you sell on Amazon and eBay, you are not creating a fully passive income, right? But let’s think about it this way…

Let’s say you buy 1,000 units of an item (wholesale) and then list that product on eBay and Amazon.

Once you list the item on those two sites, the main work is done, because now, the two sites do their part – they send you traffic to your listings and they expose your item to buyers all over the world who are looking for it.

When one of these items sells, you ship it (or if you are using FBA, you have Amazon ship it for you) and you’ve just earned some income.

Can you see how this is an “almost-passive income”?

I call it almost passive because you still have to ship the item, which adds another element of work to the example, but it’s pretty close to passive in the sense that, once you list the item, you are freed up to find more items to resell and do it all over again.

It is a way of leveraging…

Here’s an example of a simple passive income…

Have you ever bought a book in the Amazon Kindle marketplace?

Well, the author of that book earns a passive income every time someone buys their ebook.

And, given Amazon’s huge amount of traffic, this can become a substantial passive income if the book is on a popular topic.

So, that’s another great example of a way to create a passive income by tapping into an already existing traffic flow. (Amazon’s Kindle Marketplace)

Udemy is the world’s largest online learning platform and is an amazing source of passive income.

Udemy allows anyone to teach anyone about anything.

So, the way Udemy works is simple – you create and publish a video course on something you’re familiar with or know a lot about.

Once your course is published, you now have access to the over 6 million Udemy students who are looking for new things to learn.

As those students begin buying your course, you begin earning a passive income.

This is truly passive income, where it comes in whether you work that day or not.

It comes in while you’re sleeping (because Udemy students live all over the world) and it comes in all throughout the day, too!

It is amazing and only going to get bigger and better.

You can build upon past income streams!

For example, once you’ve tasted the initial few hundreds a month of passive income, you will want to create more courses / more income.

Since you already have income coming in from your previous courses, this creates a great opportunity for you to build upon that foundation and grow your income exponentially!

And there are many different ways to build these passive income streams. Let me list just a few ways here:

Believe me, once you’ve experienced truly passive income, you will not want to work at other forms of income – it truly takes one of the best wealth building tools – LEVERAGE – and makes it work for you. 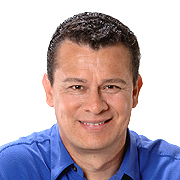