The Future Of Ethereum In 2018 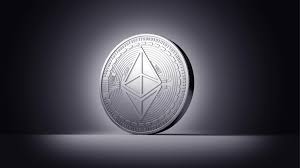 What do you think the future is for Ethereum in 2018?

As we all know, 2017 was an awesome year for Ethereum and the whole Ethereum ecosystem.

Among the things I want to mention today are the technological improvements coming in 2018.

But first, let’s start with a few statistics about the Ethereum network that you might not actually know…

Over a million transactions are being processed and recorded by the Ethereum blockchain every single day. (That is mind-blowing!)

The fact that there’s that much demand for one million transactions on the Ethereum blockchain is pretty mind-blowing to me.

Another great statistic that I found is, as of January 12th, over 300,000 new Ethereum wallet addresses are being created every single day.

That’s 300,000 new places that you can send Ethereum to. (and actually receive Ethereum from)

Most of these are new people adopting the Ethereum platform and using it for decentralized applications.

And the third statistic that I thought was interesting was: there are over 33,000 nodes running the Ethereum network now.

So, that means that 33,000 computers are basically keeping a full history of the Ethereum blockchain, which is pretty cool.

It’s going to be very interesting to see how those numbers change over the next year.

I know most of us are very focused on Ethereum’s price and movements in the market, but that’s not the only number that matters.

So, what are some of the cool things coming to Ethereum in 2018?

Well, the Ethereum foundation and the people working on Ethereum are primarily focused on the scalability issue of Ethereum.

We probably need in the range of hundreds of thousands of transactions per second if we want Ethereum to really reach the full vision that Vitalik created.

So one thing Ethereum is doing in 2018 is they are trying to solve those scalability issues right now.

Ethereum is currently running on a proof-of-work algorithm. (which if you’re not familiar is the same algorithm that is running Bitcoin)

What this means is that miners use their computing power to solve a cryptographic hash (math problem) and that essentially forms a consensus among the nodes in the network and that’s how the transactions are added to the blockchain. (ledger of transactions)

The next thing they want to do with Ethereum has to do with the “Casper FFG” which is basically the brainchild of Vitalik himself.

The Casper FFG is a hybrid combination of a proof-of-work / proof-of-stake system.

What finality means is that they can’t be changed ever again and that they are verified to be accurate.

So, once this finality check point is reached, then they have the opportunity to test the upcoming proof-of-stake algorithm.

The reason this is so important is because Vlad (another member of the Ethereum foundation) is actually working on something called “Casper CBC”, which is called “consensus-by-construction” (that’s what CBC stands for) and essentially what Vlad is doing is transitioning from the hybrid model to the fully proof-of-stake model.

So there will be no more proof-of-work algorithm for Ethereum.

Once they figure out how to have this proof-of-stake algorithm working, then they can start to address some of the scalability issues.

There are three proposed ways of dealing with scalability, but two of them rely on proof-of-stake.

Hope you liked this overview of what’s coming down the road with Ethereum!

The Casper FFG should be released by Q2 of 2018 and then the fully proof-of-stake Casper CBC is actually still being developed and there is no definite release date (or even a rumored release date for that matter) but it is still being worked on in 2018.

Now, let’s talk about the scalability solutions that are being considered at the Ethereum foundation…

The first one is the “Raiden Network”.

This version does not depend on proof-of-stake and it could be implemented tomorrow if it was determined to be secure and ready for the main net.

What this does is, it allows for lightning-fast transactions by sending a whole bunch of transactions that can be condensed “off-chain” and then it adds them “on-chain”.

And when it closes it, it’s one more transaction.

So, we’re talking about a total of two transactions and in those with the opening and closing of the channel, you potentially could settle up to hundreds of transactions.

Now THAT would be an amazing update to the performance of Ethereum.

Now, the other two options are actually dependent upon proof-of-stake and they are “sharding” which basically breaks up the blocks that make up the blockchain into “side chains”.

But again, this is reliant on proof-of-stake.

And then we have “plasma”, which Vitalik is working on and is also dependent upon proof-of-stake, primarily, although it’s debated whether or not you really need proof-of-stake for this to work.

Basically, “plasma”, in this context means “blockchains inside of blockchains”, sort of like the movie Inception!

So there you have it, the upcoming changes for Ethereum in 2018!

I do believe that proof-of-stake is going to be much better for the Ethereum ecosystem.

I believe it will allow for better scaling and that’s why I think it will be a huge benefit both to the Ethereum ecosystem, as well as to the price of Ethereum, so I’m excited to see these changes coming up.