November 24, 2010How To Make Money On eBay, Amazon & Craigslist, The Latest

Pawn Stars has been a hit on History Channel for three seasons now and the cast is an entertaining bunch of characters. 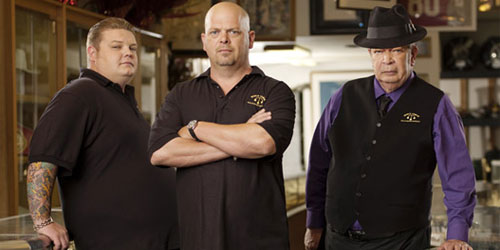 This is a serious case of “truth being stranger than fiction”… You couldn’t cast a more entertaining and fun-loving crew if you tried!

I believe the reason the Pawn Stars TV show is a hit is a combination of factors.

While at first glance it may seem that it’s just a cable TV show about a pawn shop, there are so many different things going on under the surface that bear mentioning.

As you watch the show, there always seem to be surprising ad lib moments of hilarity – the guys seem to be having fun even in those moments when things get tense and anxious.

You get the sense that there’s nothing these guys would rather be doing than making deals and counting money!

Learn how to make FAST CASH on eBay by finding high-profit collectibles!